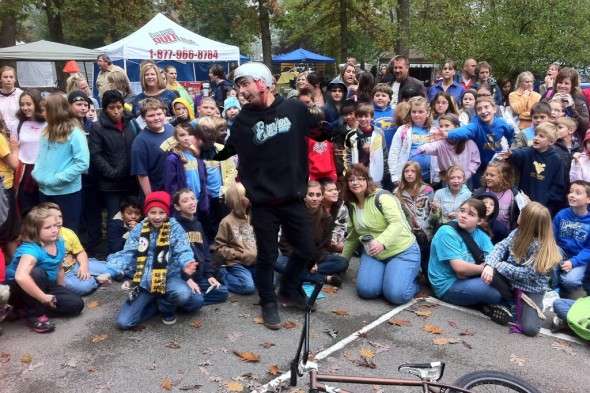 Doing shows for kids is one of the most pleasurable performances that we do. About 1100 children were hoarded into the event early  and to their delight, got to experience some fast BMX action. Pictured is Wade with his people whom eventually named him “the guy in the red shirt.” So much fun, so many people, and some fine hospitality! 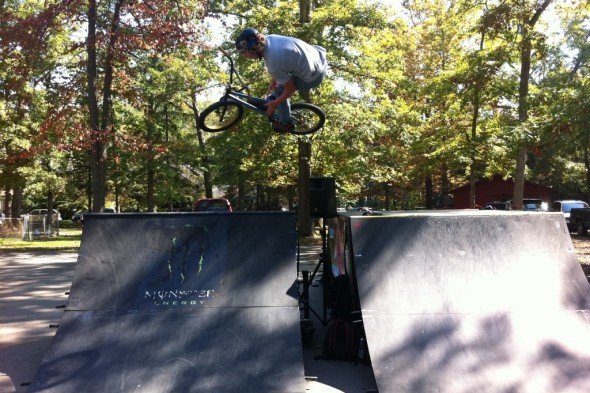 Rob has been finding all of the hot lines around the portable skatepark and hucked the bars about 7 times before this picture was taken. Iphone pictures are not easy. 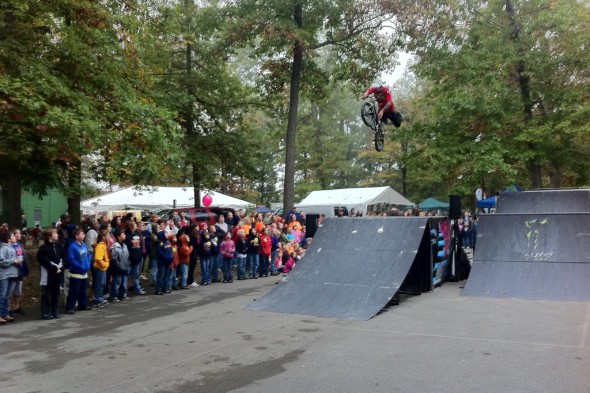 Microphone in one hand, and camera in the other, sometimes you get blurry shots but at least it’s captured right? Super late photo of a superman seatgrab by a guy who still just might be going to China for the X-games. Again, we will keep you tuned if we hear anything.