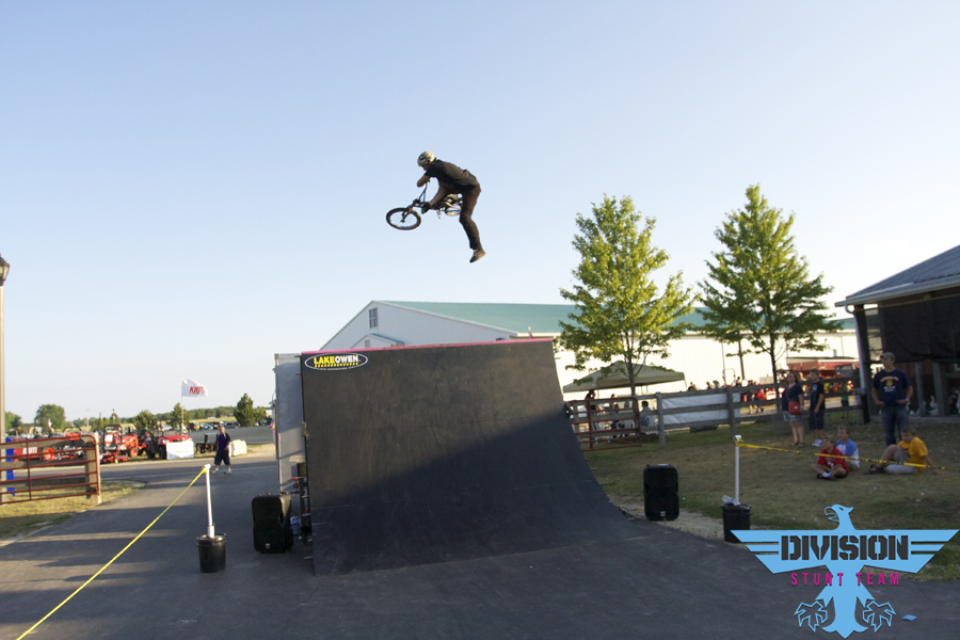 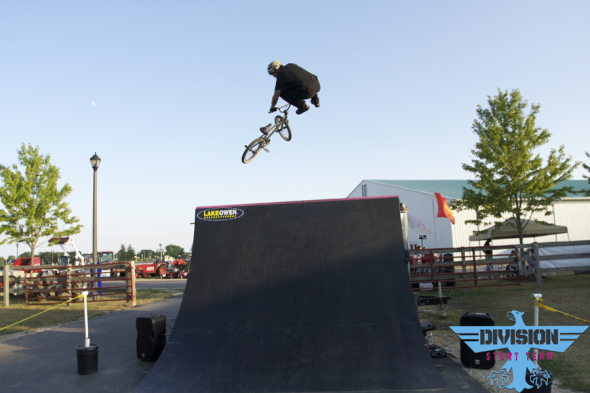 It was a quarter pipe throw down at the Washington County Fairgrounds for this 2012 fair. Although there were other ramps, taking center stage with this 8ft. masterpiece. Some people just really like to ride large transition.  Koji Kraft is one of those people. 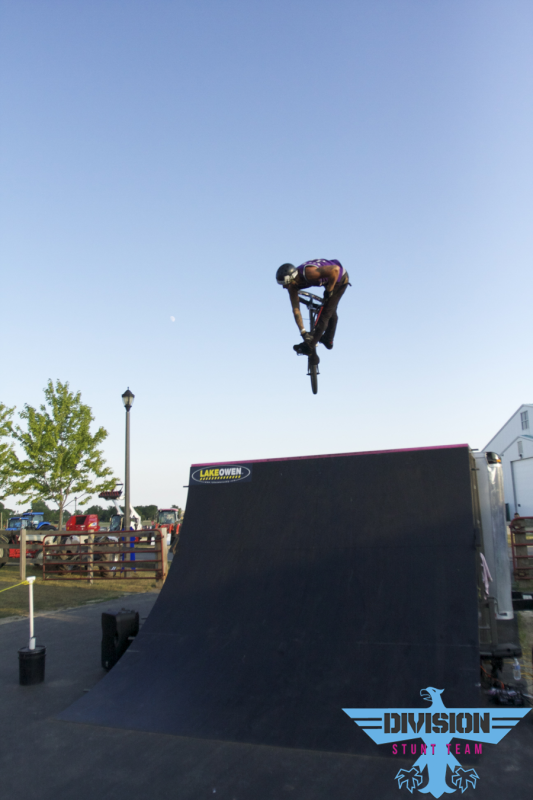 Another one of those types of people is Brian Fitch. He held is own on the large obstacle and cranked a few proper turndowns while enjoying the weather. 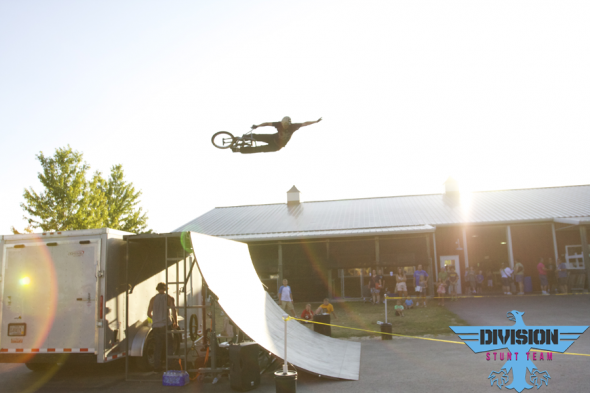 The chicken barn has never had more fun than watching something they have never seen in person before, 3 times a day. Koji once again takes a simple trick and makes it look hard. Thanks again for having us and for another round of great BMX demonstrations!