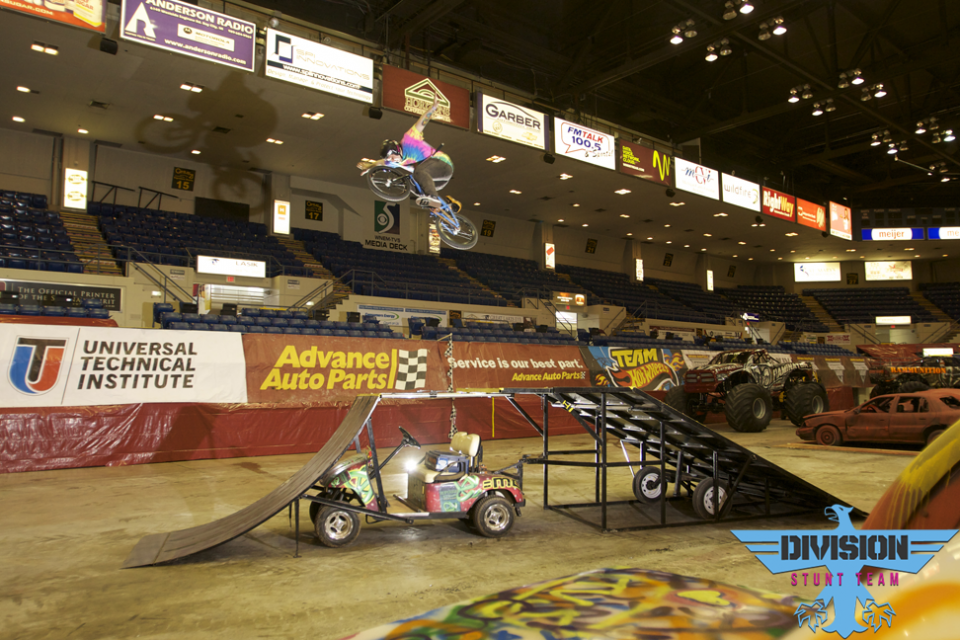 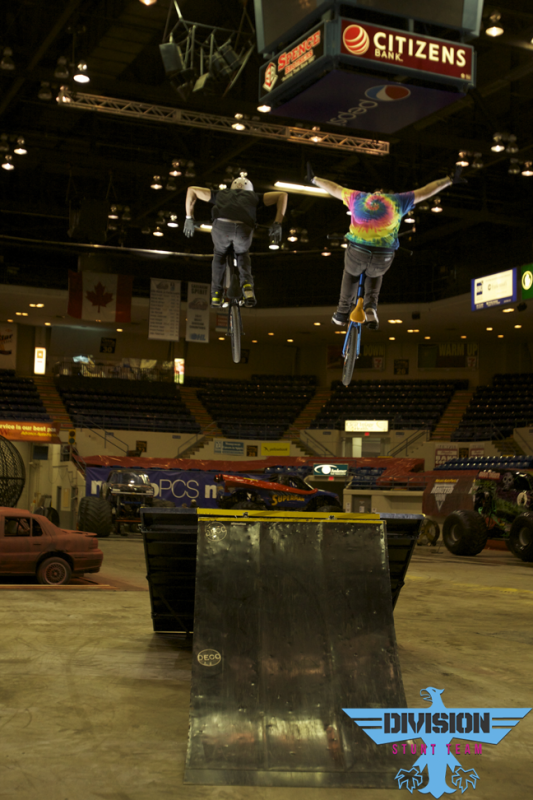 Side by sides are a pretty awesome thing, but when you realize that the take off ramp is only 5 feet wide the impressive meter grows. Think about how big handle bars are these days, more than 2 feet wide each. Leaving only a minimal buffer for safety. Mike Stanek and Corey Ellis getting the job done. I don’t really understand how they didn’t think they would hit with their hands off at the same time. Craziness. 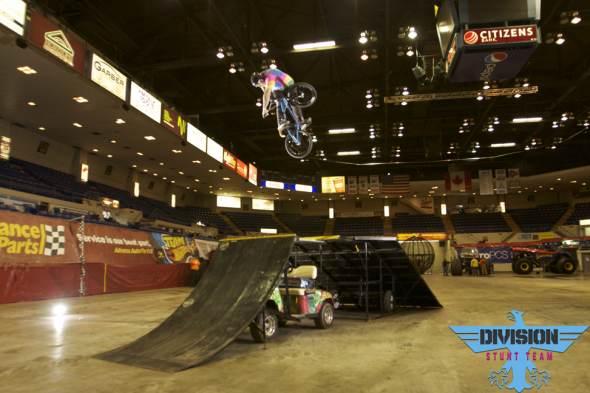 Corey’s trick list is growing really fast. Everything is huge and stretched as far as possible. 360 turndown with the front wheel cranked down. 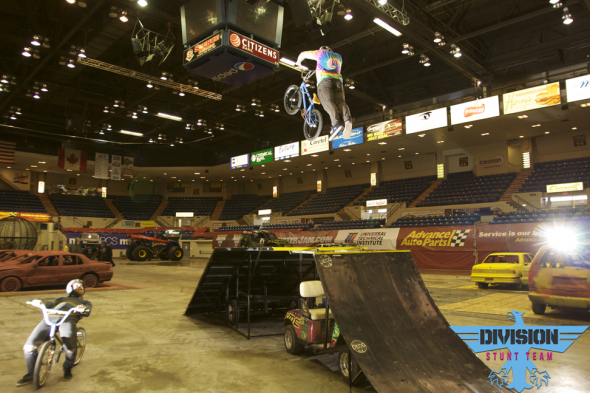 What do you like better the trick or Dan doing the limbo to not ruin the flash? Great job on all fronts! 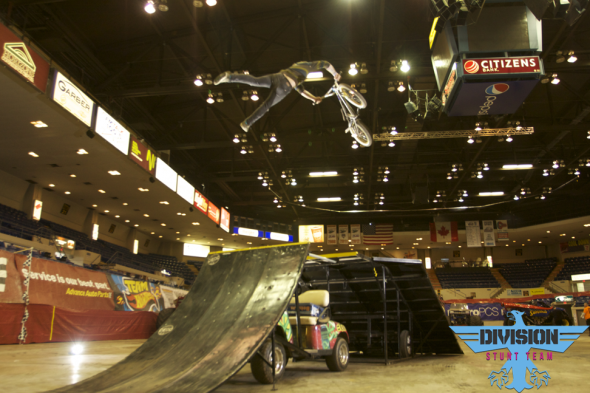 When not dodging flashes, he puts on a pretty good show in front of them. Super slow tailwhip that he can do in his sleep. And his foot still hurts then too! 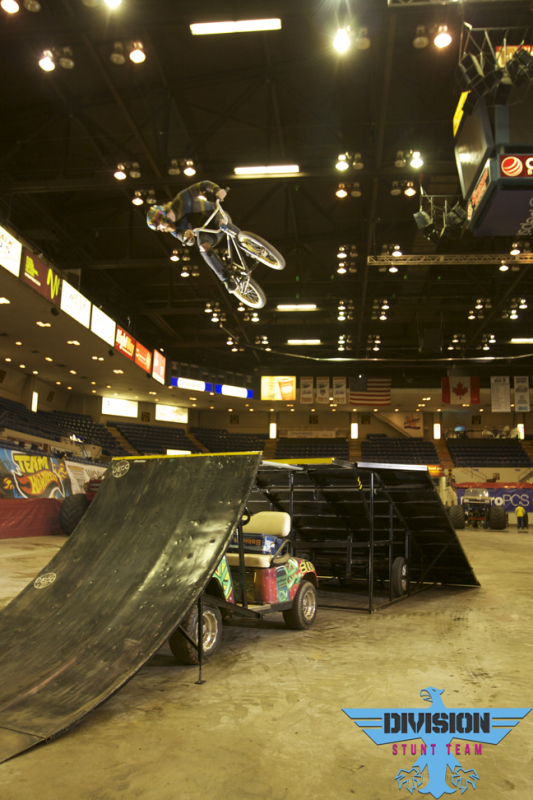 Rare 360 picture from Dan. These have been haunting him, but hopefully this will remind him that they look awesome and he does them better going mach 7. 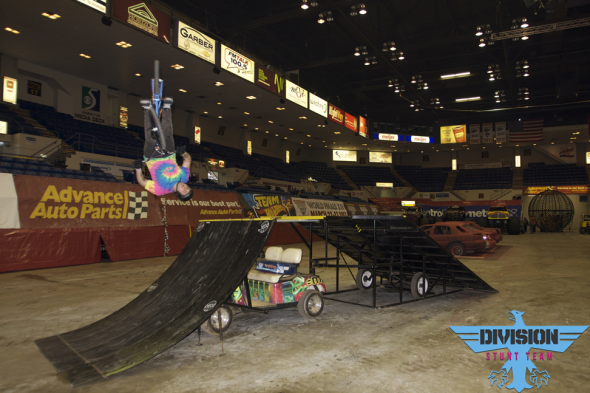 Flairing the lip is the new barspin. I can’t believe this happened 2 weekends in a row.