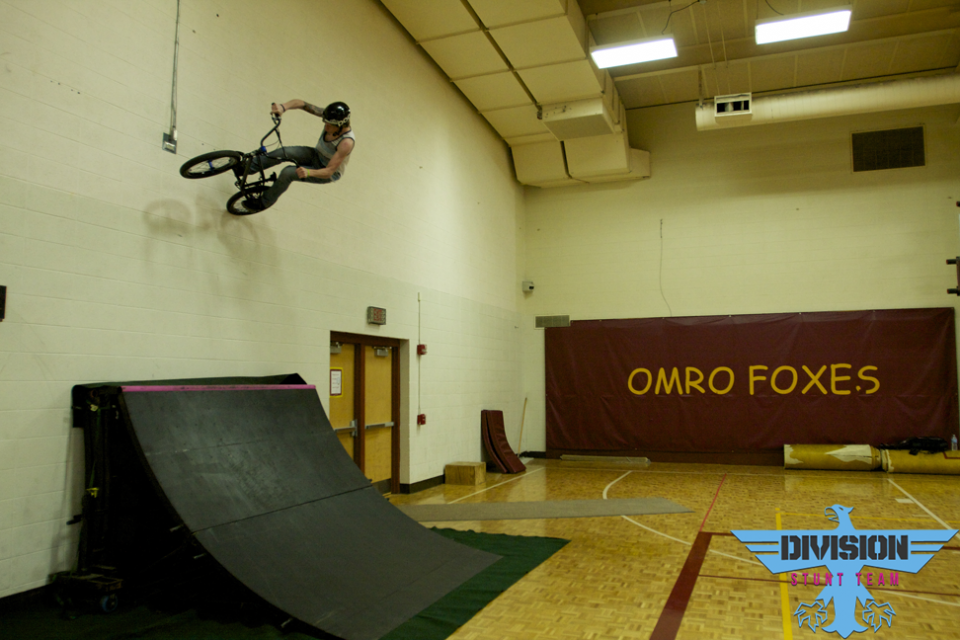 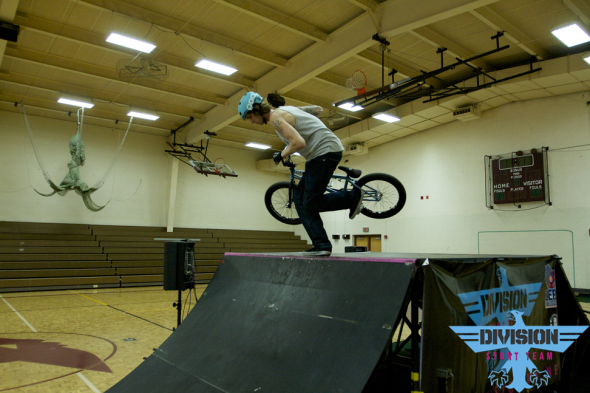 When we walked into Omro Middle School the first thing the principal told us was that they were a “bicycle friendly” school. I didn’t understand what they meant but instantly we were taken to the gymnasium and shown then fully stocked bike shop, bicycles waiting for repair, and 2 warehouses full of bicycles ready for kids to check out and ride whenever they wanted. Obviously bicycle friendly was an understatement as almost every person in the gymnasium had bicycle experience. We gave our safety tips and it was awesome to be able to tell the children that they could learn to work on their bikes themselves and get really amazing experience that some schools do not give. Tippy with a can can footplant during practice. 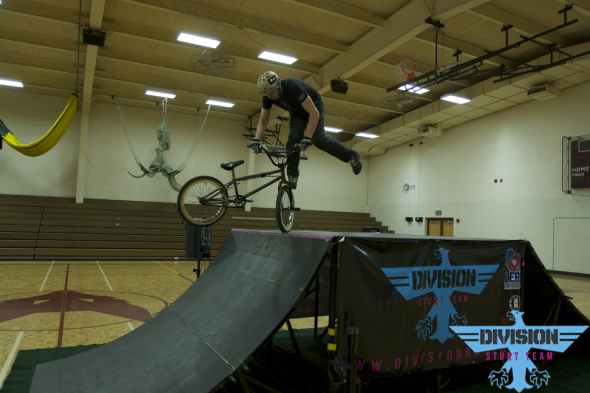 Koji Kraft is back and still as tired as ever. He has been of his bicycle for almost 9 months and, of course, he right away wanted to get back into the show game. Here was on point, doing almost every trick he had before his last crash and even whipped out a nosepick tailwhip for fun. Pumped to have him back on his bicycle and back to his old self. 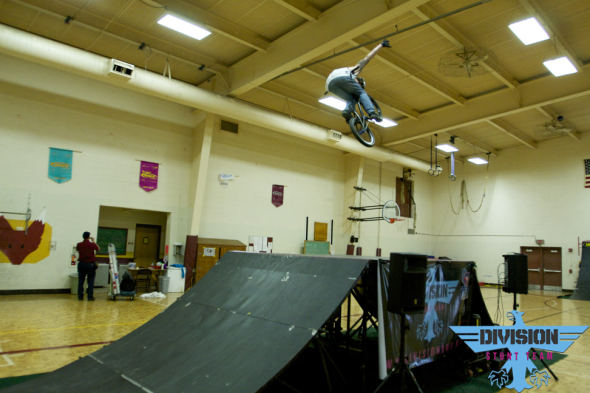 What can be said about Jake that hasn’t already been said? His tricks are dialed, he has been asked to a lot of proms already this year, and most importantly, his trick list is growing by leaps and bounds lately. Here is a casual 360 no hands into the hearts of many. 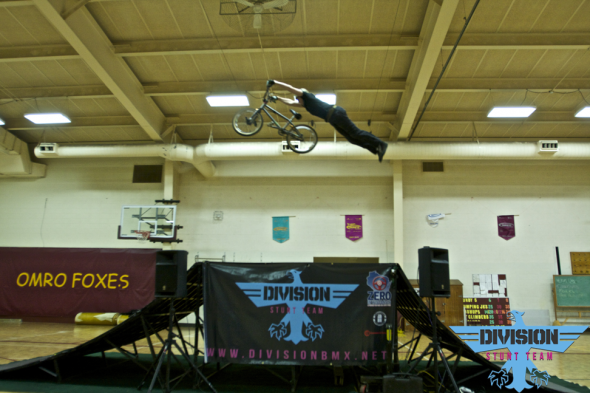 This picture best shows Koji’s reactivation of his BMX career. Superman, stretched as far as it goes, with a smile on his face. Pumped to have you back Koji!