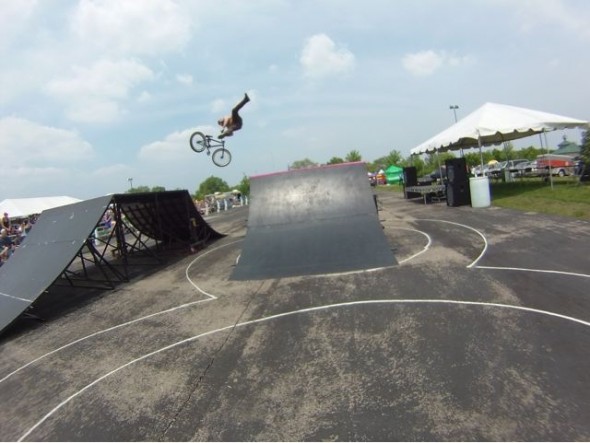 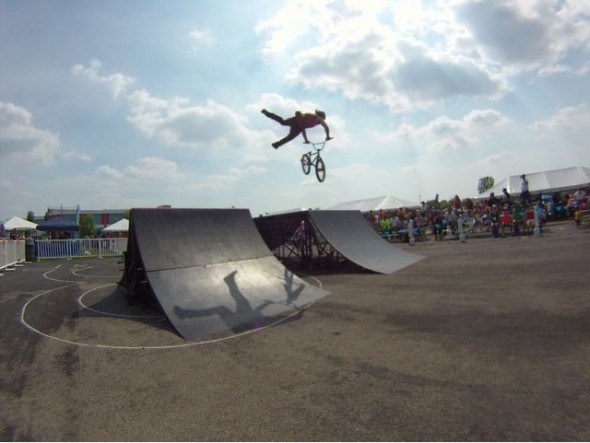 For the third year in a row Carol Stream Park District put on a completely free event to bring the community together in an effort to raise awareness to have fun. Literally they invited every single group in the chicago area to put on a performance, give away free stuff, or just try to get people active and outside. We have loved being part of this event and once again the weather cooperated to put on 6 amazing demonstrations. Pictured is Dan Setmeyer doing an amazing tailwhip gap that he either pulled gloriously or crashed really hard on. To say we taught people you had to “pay to play” is truly an understatement. 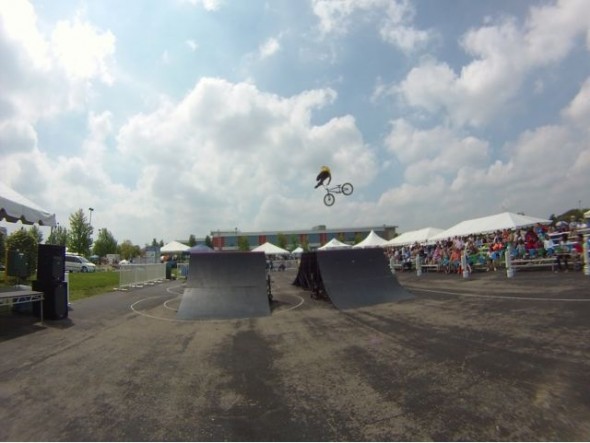 This picture of Dan is awesome for 2 reasons. 1. He is doing a tailwhip really, really big. 2. look at the height of that trick. I don’t think Dan has any other gears besides full throttle. 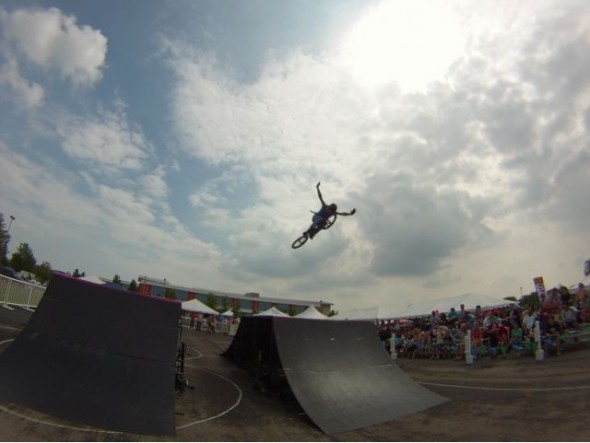 Hands up, playing my song, butterflies fly away. Jake Hinke with a 360 version of a no hander. 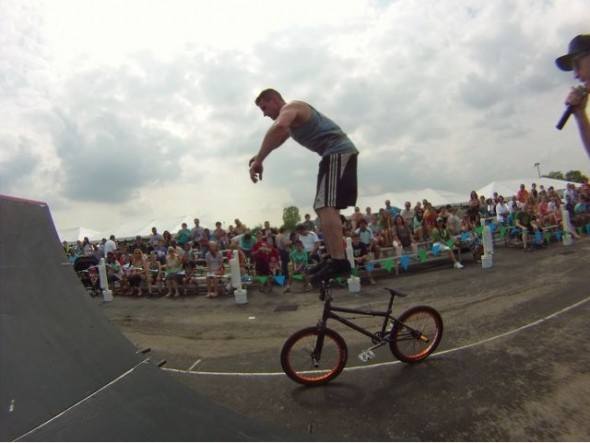 Tim knoll drops jaws every time he touches a bike. Whether in a parking lot by himself, or in front of hundreds of people he rides with the same intensity every single time and gets hounded by people after each show. He is so gracious to talk to everyone individually and make sure they get to know just how awesome BMX truly is. Awesome work Tim! 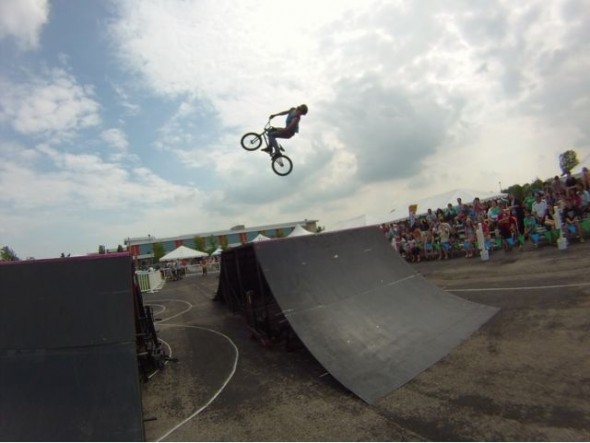 Manchild has been absolutely raging on the ramps and girls hearts lately. Every trick is perfect, dialed, and more importantly, done to the moon! Here is a 720 picture that looks amazing. 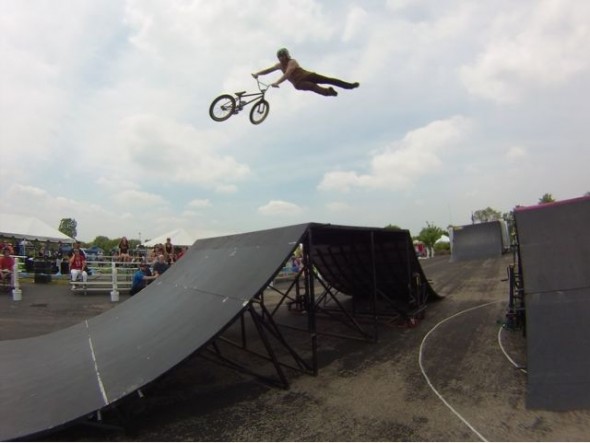 Another Dan tailwhip that is too good not to post! 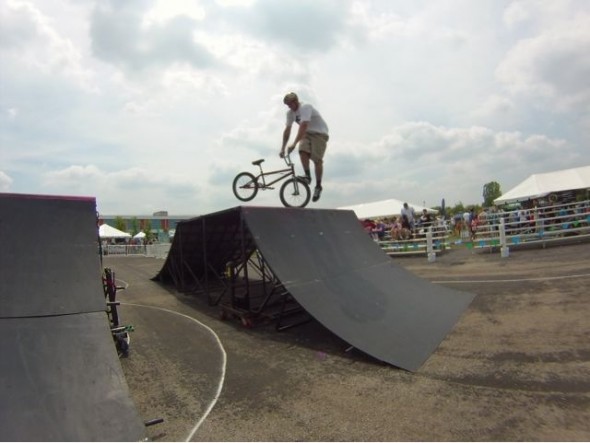 Brian Vowell made the trip down to get used to the ramps before performing a school show for his sons class the next day. Brian rode in the first ever Division show over 15 years ago and still has what it takes to dazzle the crowds. Thanks for coming Brian!