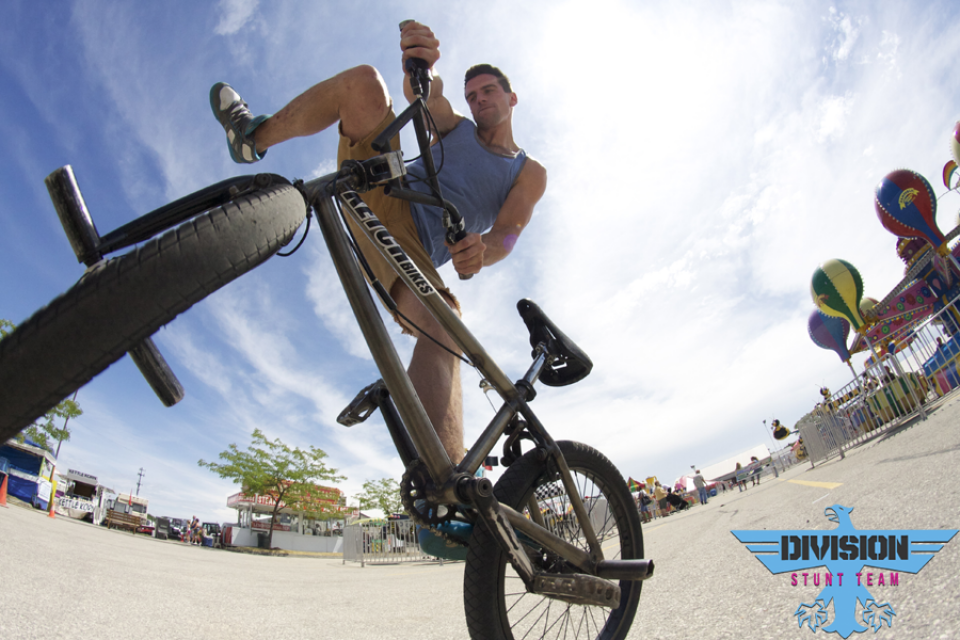 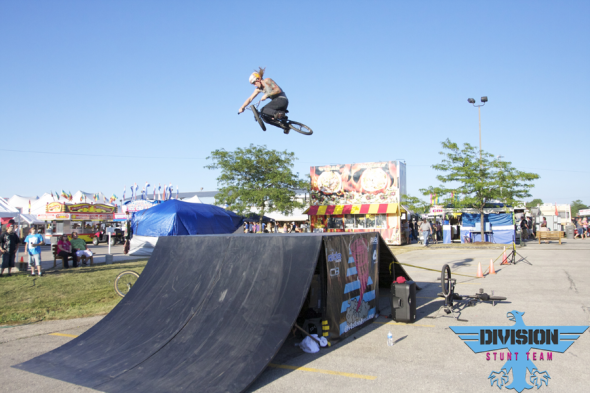 Division BMX has outdone itself while entering the fair and festival circuit. Fond Du Lac county fair has asked for the services of the best BMX Stunt Shows in the business and they were rewarded with some pretty amazing talent and stunts. Here Rollie Flasch blasts a 360 table over the box jump that started it all. 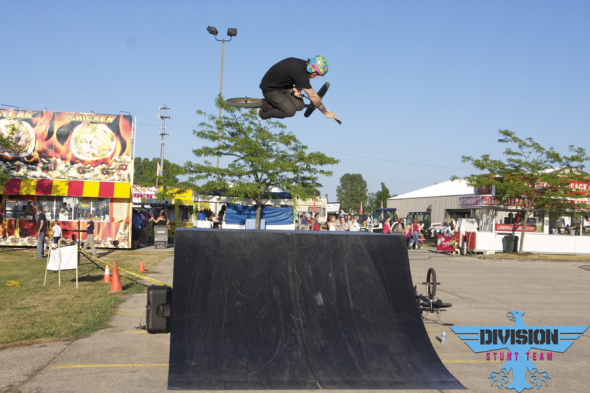 Dan Setmeyer has claimed that he only has about 3 tricks. Although his number is quite skewed, his ability to do the tricks he does execute is to the highest caliber. Here is a table tabletop and it a proper table on a box jump that he jumps on both a motorcycle, as well as his BMX. 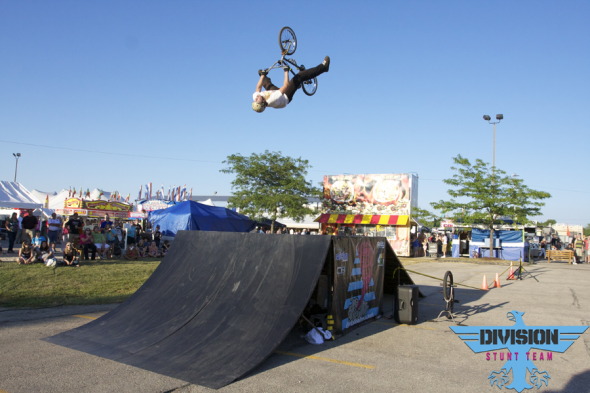 Koji Kraft has been on a rampage lately. Here he jumps and still keeps his top 10  ranking as best vert rider in the world. Although you might not see much of his vert riding, he is keeping up with his favorite dicipline. Here is a one footed flip which he casually throws anytime he wants. Koji is motivated, no doubt about it.

Superman tailwhip by Dan Setmeyer. Word on the street is he qualified for the most progressive BMX video contest in the industry. We support Dan in anything he does and know his commitment will not go unnoticed. Get em’ Dan! 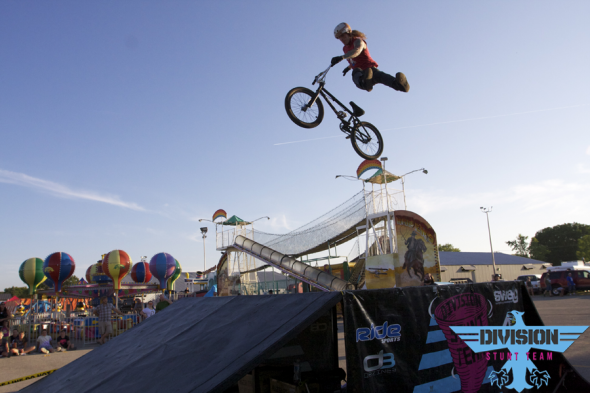 Rollie dug deep in the Fond Du Lac Co Fair and brought out some of his finest tricks. This no footed can can one hander is an excellent representation of what this rider is capable of. Bringing out the old box jump brought out some very comfortable tricks. This is what sets Division BMX apart from the ordinary BMX team! 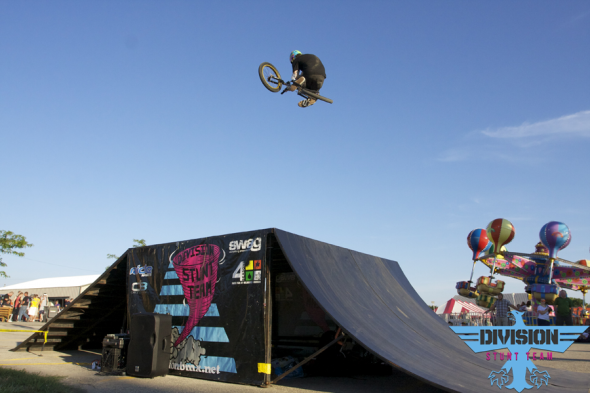 Dan Setmeyer going as high as he possibly can on the Division ramp. His tricks are nothing less than stretched, burly and appreciated. 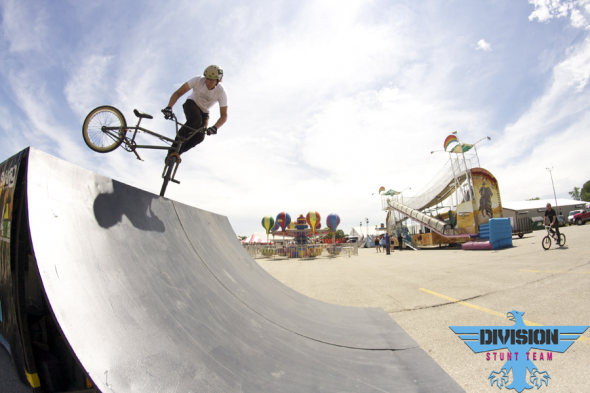 Koji does the hardest tricks the most consistently. There is nothing else that needs to be said. Nosepick tailwhip, pulled!