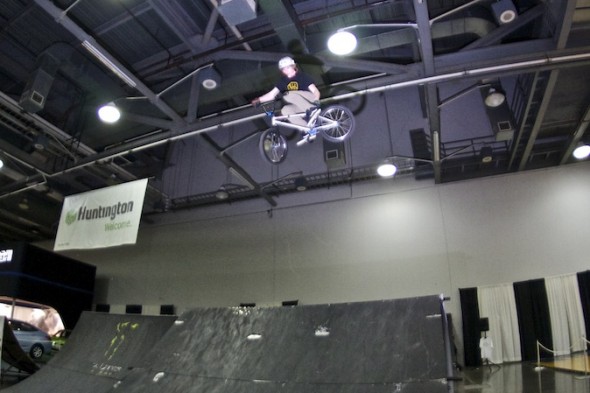 What a fantastic weekend of shows in Columbus Ohio! Mixing teams, actions sports, and ramps turned into a smorgasbord of good times. Jake Hinke rode like a madman all weekend and progressed more in three days than some people do in lifetimes. He tried several flip whips and still managed to walk away by the end of the weekend. 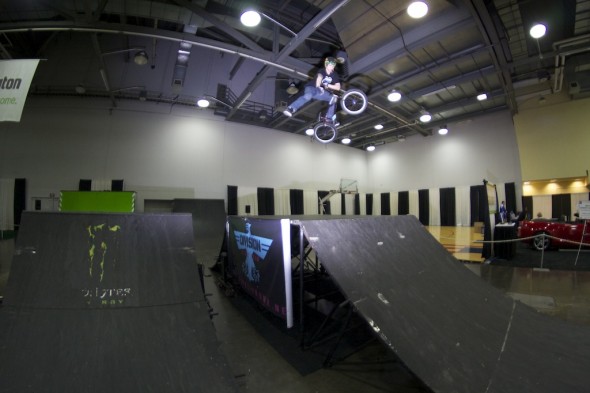 Tippy made the trip and brought a neat technical side to the circus that was people flying all over the place. This is a one footed table which he’s been working on quite a bit lately. It shows Tippy! 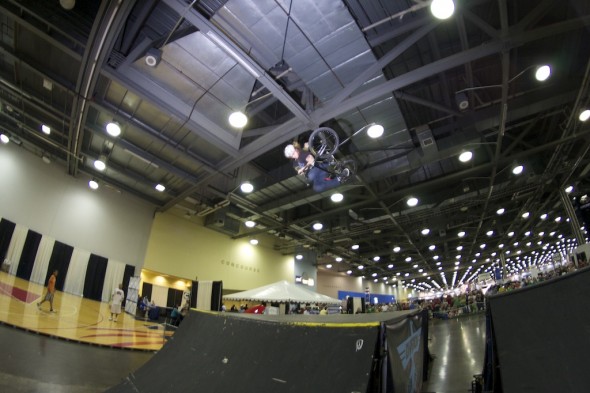 Zack Warden did a lot of tricks this weekend, some were more shocking than others, yet it was his 360 one handed tables that really showed the extra effort he had at these shows. He did a few 360 Bike flips and if you stay nice there will be a few video of the festivities soon! 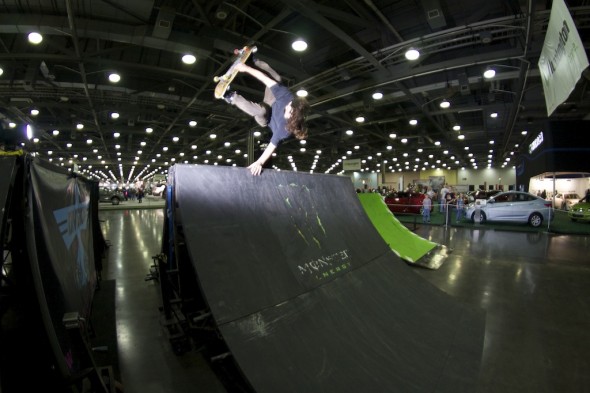 Skateboarders have been a welcomed site to the already dynamite shows that have been put on in recent years. With skateparks being scaled down these days it is so awesome to see skaters that can shred larger ramps. Not only did they shred, they absolutely sent themselves and with photos like this, you can only imagine what went down. Keep posted!