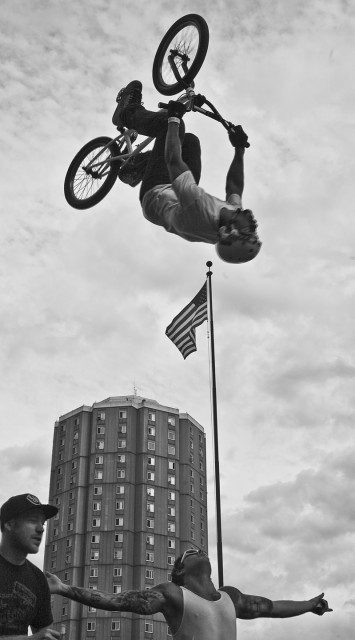 Brady Street shows went down without a hitch and again this year the people of Milwaukee were treated to some hometown talent.  Pictured here is Mykel Larrin flipping over Joel Goltry.  We wish nothing but good vibes to Joel after his motorcycle accident.  He is recovering well and should be back in the swing of shows soon!  For the record, all photo’s in this section were stolen from photographers Steven Alexander and Bonnie DeLap. 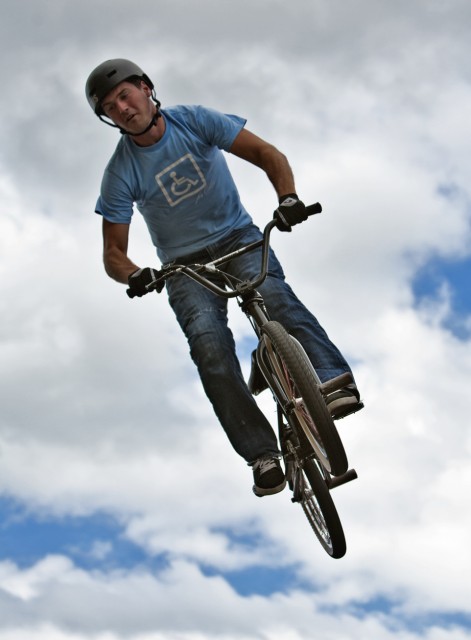 Quinn Semling made a surprise appearance at the Brady Street Festival.  He was in Chicago riding in the Dew Tour Open and while visiting his family  decided to grace the Milwaukee crowd with one of their superstar son’s.  Here he is pictured in the middle of a 360, with a face only a mother can love. 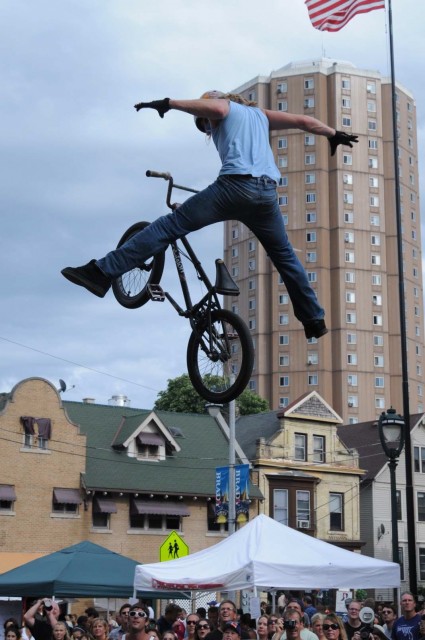 Rollie Flash has a new bike and has rekindled his love for doing BMX shows once again.  He has been progressing the nothing variations lately and spinning 360’s with his eyes closed.  Take a look at the people’s faces at the bottom of the photo.  BMX shows extend to every age range.  BMX IS AWESOME! 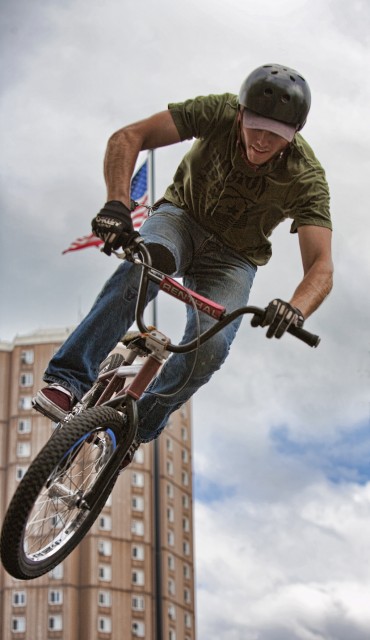 J.J. Flairty has a passion for anything with handlebars and here he is with a BMX in his hands.  He always has a smile on his face and has never missed a Brady Street Festival.  He is simply doing an air on the face of the ramp but this picture shows how stylish J.J. is on his bike.  Not a limb off the body and still it is a great looking picture.  Awesome American flag in the background.  J.J. Flairty is BMX fun! 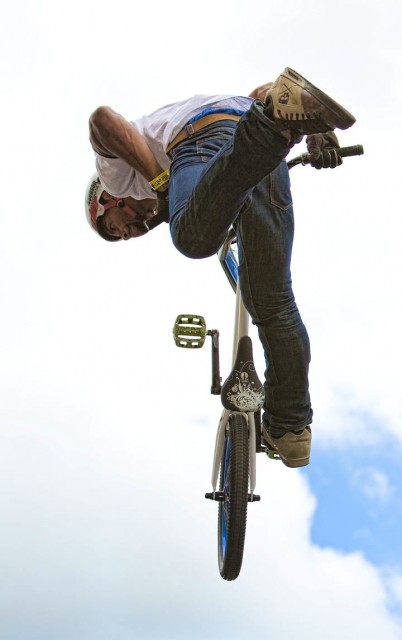 This picture is just too cool not to use.  Amazing angle of a Griz Air preformed by Mykel Larrin.  He does this trick on vert, in flips, and straight over box jumps.  May he never stop doing this trick, it just looks so good!