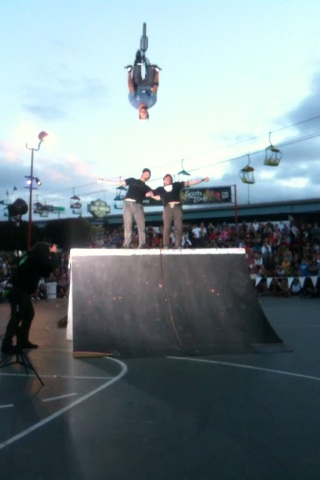 Another successful Summerfest in the books. At 6 years of involvement, Division has become a staple of the worlds largest music festival. Pictured are announcers Chris Oestreich and Joel Goeltry taking perfect form while Mykel Larrin blasts a flip with 3 extra feet to spare. Flash stolen from Greg Dickson. 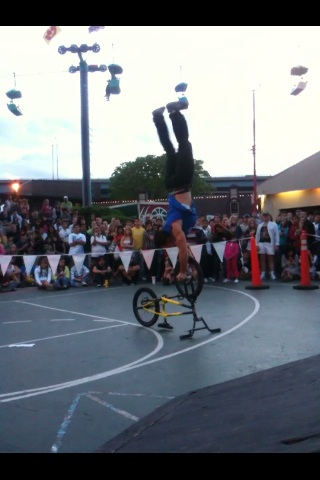 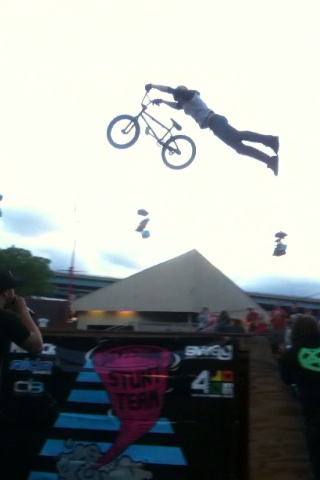 I’ve used Rollie’s superman in so many edits, so many posters, and so many updates. Still they never get old. Rollie Flasch is a seasoned Summerfest Veteran and it showed in all graded areas. 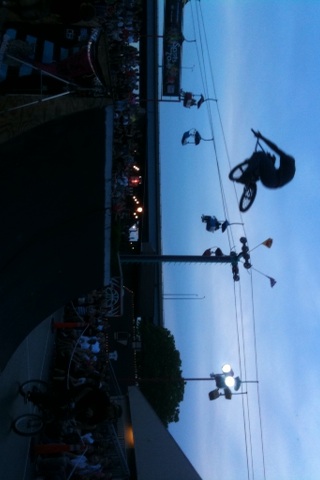 I have no idea how to rotate this picture from a phone but maybe turn your monitor sideways and let Scott D tabletop into your hearts. This was his first run at the Big Gig as well as Alex Landaros’. Hope you boys had fun! Plans are already being made for next year. Keep an eye on here for an edit of the shows!