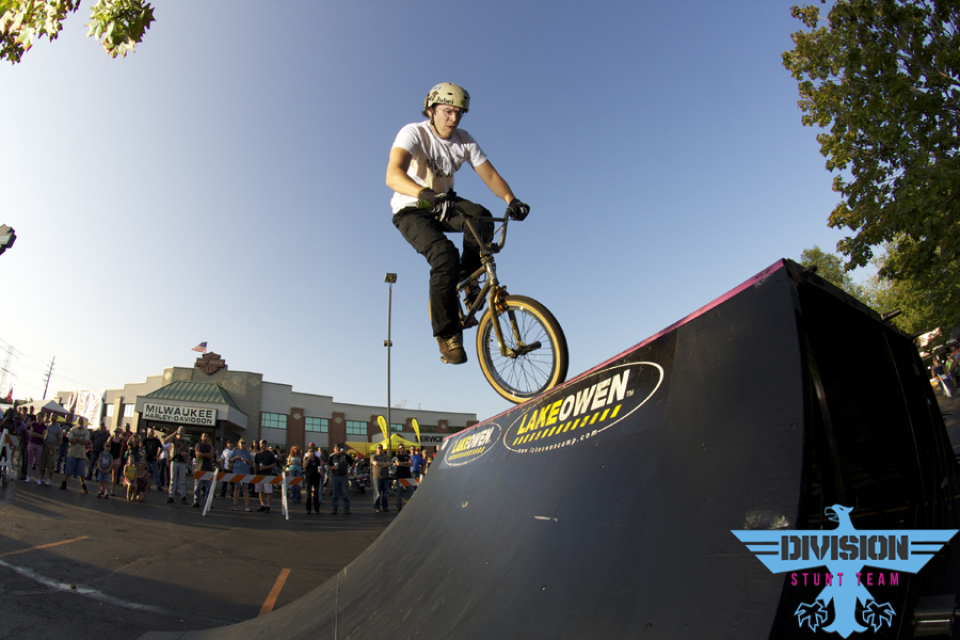 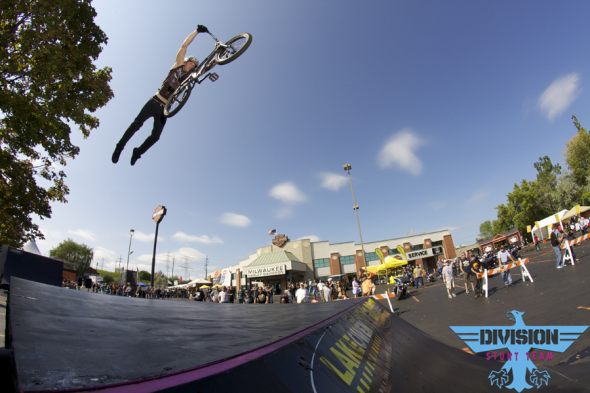 The Division Team has been putting in a lot of time at Milwaukee Harley-Davidson lately with both the Milwaukee Bike Rally, as well as the dealer meeting. With the team at their finest, these shows set the bar high for quality entertainment. Rollie Flasch with a fully committed superman. 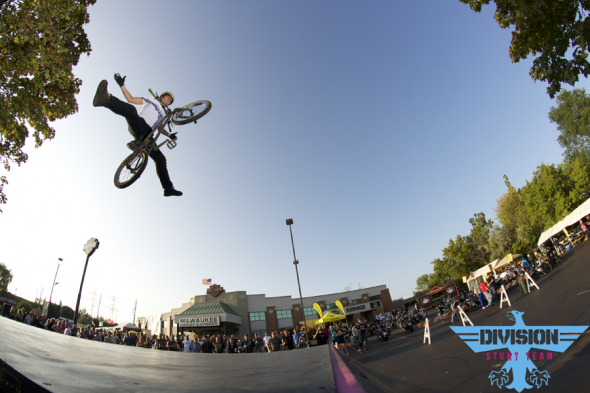 Koji Kraft went down hard in these round of shows but is already back up and ready to attack. Here is a nothing, which sure is something, but still called a nothing. Anyway yeah… 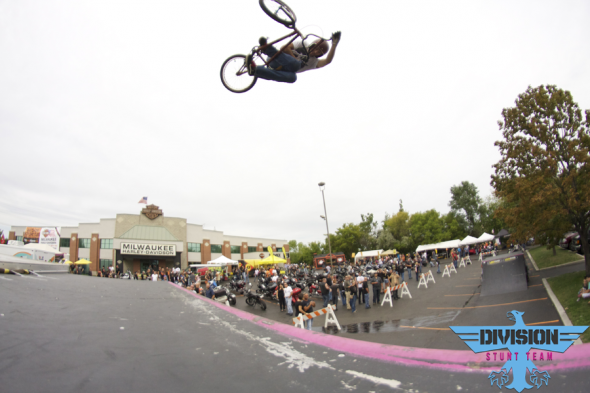 J.j. Flairty rides everything with so much speed. The quarter pipe is mellow, he had to bunnyhop the line of water next to the box, and STILL went to the moon. He is a favorite. 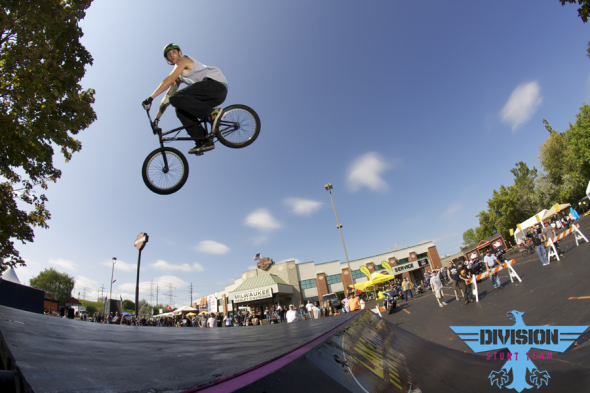 Wearing muscle shirts until the last possible day is Tippy’s new goal in life. In every show this summer he can be seen in this shirt. We either need to give him more shirts or he needs more tattoo’s on this arm. Whichever happens faster. 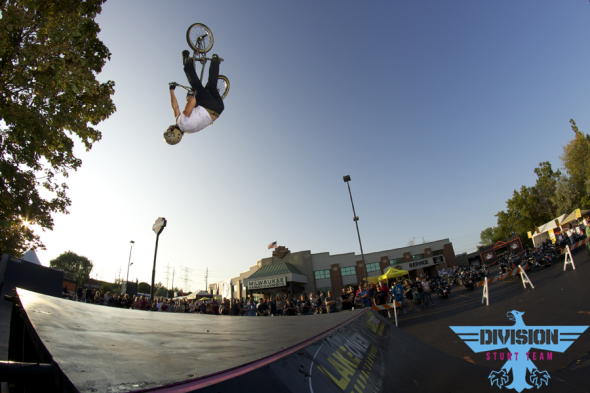 A turndown while inverted is apparently easier than doing them straight. In Koji’s case, years of practicing this trick on his back must have gotten him the muscle memory to stretch them like this. Amazing all around. 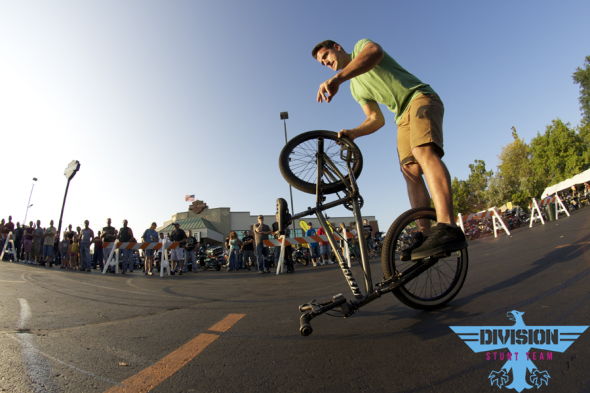 What is a show without Tim Knoll coming to ride a sideways parking lot? There is a lot to be said about the consistency of an amazing flatlander. Tim has been so dialed, for so long, that it’s a guarantee that he will be a show stopper. Ketch frame, bloody shins, and amazing flatland progression! 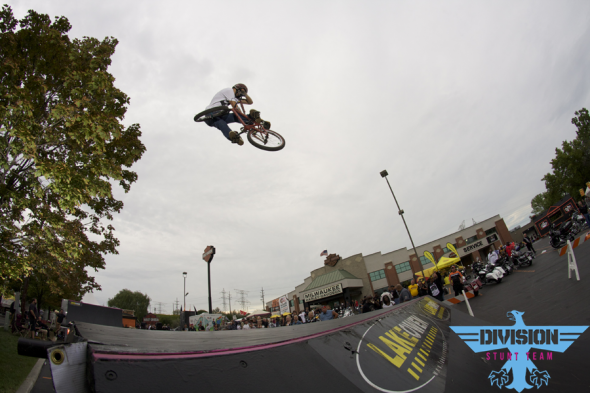 What is the weirdest position you have ever seen someone put their bike in? This would probably be my vote. Euro table where you put yourself in front of your handlebars. It might not look like the worlds hardest trick, but it shows control, commitment, and overall is just amazing. J.j. Flairty doing what he does. 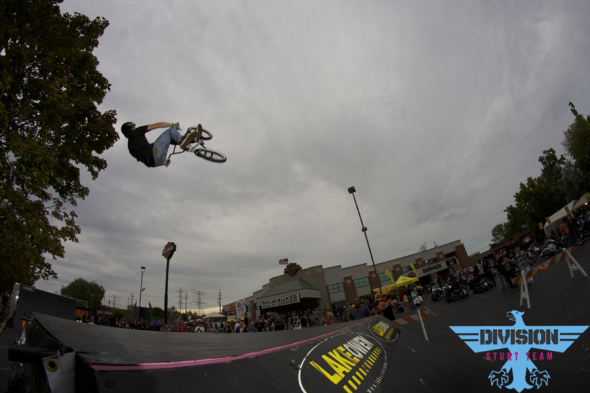 The manliest of children, flip whip to pedals. BEAST! 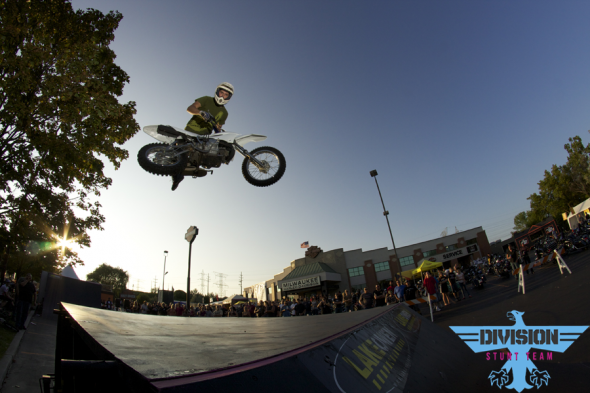 Why come to a motorcycle event and not bring a motorcycle? Nac-nac by J.j.  That was hard to type. See you all next year for some amazing shows at one of the best venues possible in Milwaukee!